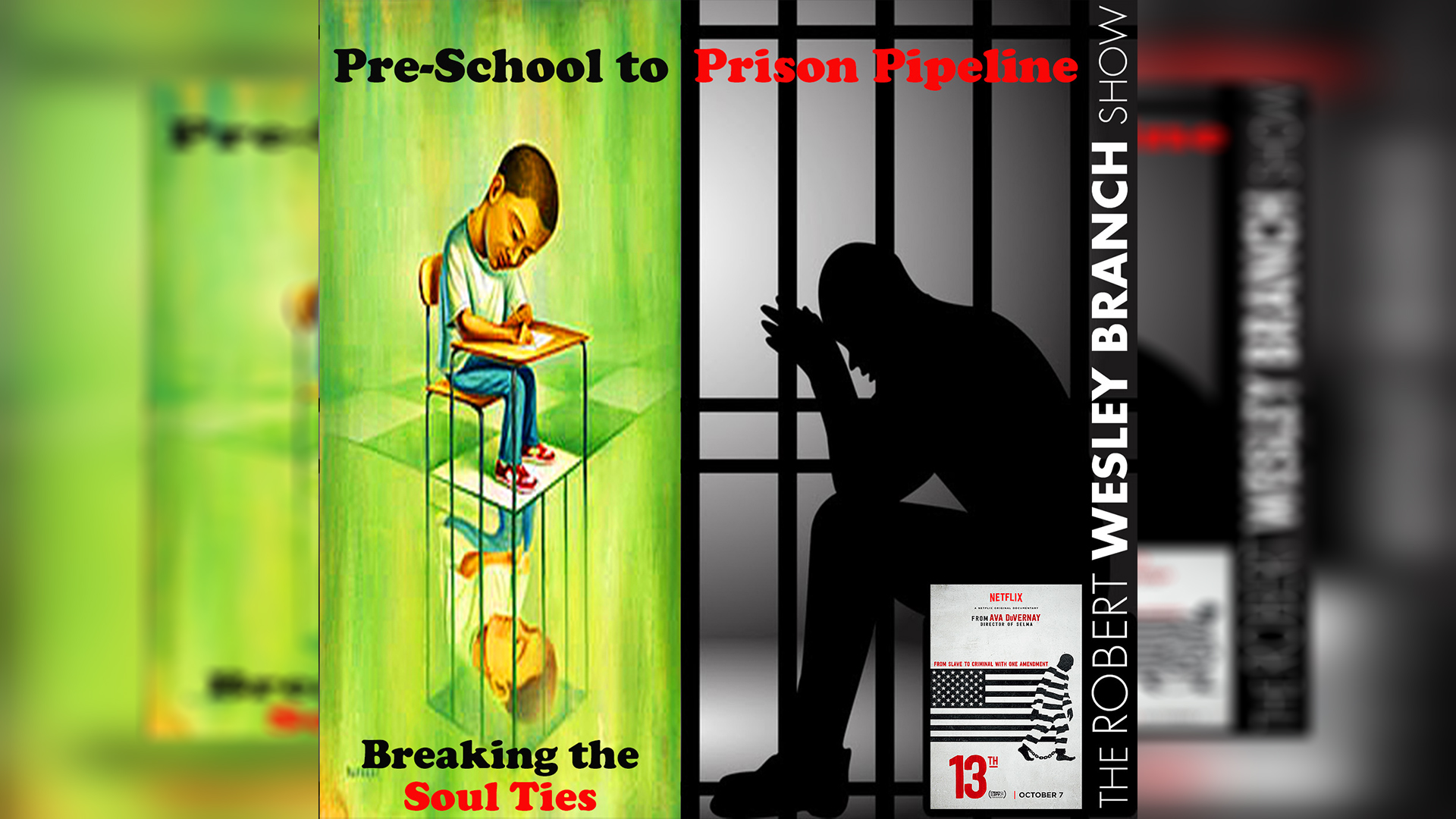 Because he refused to “snitch” on his co-conspirators, 18-year-old Reno was sentenced (under the felony murder rule) to life without the possibility of parole, and he has been serving his time for over 20 years now, at one of the 27 “correctional” institutions in the state of Maryland. Revisiting the history of the Lorton Reformatory (in Lorton, Virginia), a prison where one of my uncles did some time, back in the 70s.

The conversation continues after “Life Without the Possibility of Parole,” as we introduce our “Pre-School to Prison Pipeline: Breaking the Soul Ties” series. Centering up on an article – “The Prison Industrial Complex” – by Eric Schlosser, published in the December 1998 issue of “The Atlantic” monthly magazine.

An enlightened brother calls in to share his eye-opening wisdom on the state of affairs in the Black community and the prison-industrial complex. Afterward, we welcome brother Shakoure Char, who spent 23 years “behind the wall” – having been imprisoned since he was a very young man. Released 18 months ago (at the time of this recording), Shakoure speaks passionately about what it took to survive his prison experience; how he attained two bachelor’s degrees and one master’s degree while still inside the prison system; and why young Black men are gravitating to the streets and what their parents can begin doing about it. In the midst of brother Shakoure’s candid and poignant sharing, a mother of a young Black son calls in, seeking solutions for how to handle her son’s weed smoking and escalating trouble with the law.